Show one task per page / all tasks on one page

Masha and Grisha like studying sets of positive integers.

Help Masha to create the set B that satisfies Grisha's requirement.

Let us call a non-empty sequence of lowercase English letters a word. Prefix of a word x is a word y that can be obtained from x by removing zero or more last letters of x.

Let us call two words similar, if one of them can be obtained from the other by removing its first letter.

You are given a set S of words. Find the maximal possible size of set of non-empty words X such that they satisfy the following:

It is Borya's eleventh birthday, and he has got a great present: n cards with numbers. The i-th card has the number ai written on it. Borya wants to put his cards in a row to get one greater number. For example, if Borya has cards with numbers 1, 31, and 12, and he puts them in a row in this order, he would get a number 13112.

He is only 11, but he already knows that there are n! ways to put his cards in a row. But today is a special day, so he is only interested in such ways that the resulting big number is divisible by eleven. So, the way from the previous paragraph is good, because 13112 = 1192 × 11, but if he puts the cards in the following order: 31, 1, 12, he would get a number 31112, it is not divisible by 11, so this way is not good for Borya. Help Borya to find out how many good ways to put the cards are there.

Borya considers all cards different, even if some of them contain the same number. For example, if Borya has two cards with 1 on it, there are two good ways.

Help Borya, find the number of good ways to put the cards. This number can be large, so output it modulo 998244353.

Masha is fond of cacti. When she was a little girl, she decided to plant a tree. Now Masha wants to make a nice cactus out of her tree.

Masha has some additional edges that she can add to a tree. For each edge she knows which vertices it would connect and the beauty of this edge. Masha can add some of these edges to the graph if the resulting graph is a cactus. Beauty of the resulting cactus is sum of beauties of all added edges.

Help Masha find out what maximum beauty of the resulting cactus she can achieve.

Real Cosmic Communications is the largest telecommunication company on a far far away planet, located at the very edge of the universe. RCC launches communication satellites.

The planet is at the very edge of the universe, so its form is half of a circle. Its radius is r, the ends of its diameter are points A and B. The line AB is the edge of the universe, so one of the half-planes contains nothing, neither the planet, nor RCC satellites, nor anything else. Let us introduce coordinates in the following way: the origin is at the center of AB segment, OX axis coincides with line AB, the planet is completely in y > 0 half-plane.

The picture below shows coordinate system and coverage area of a satellite. 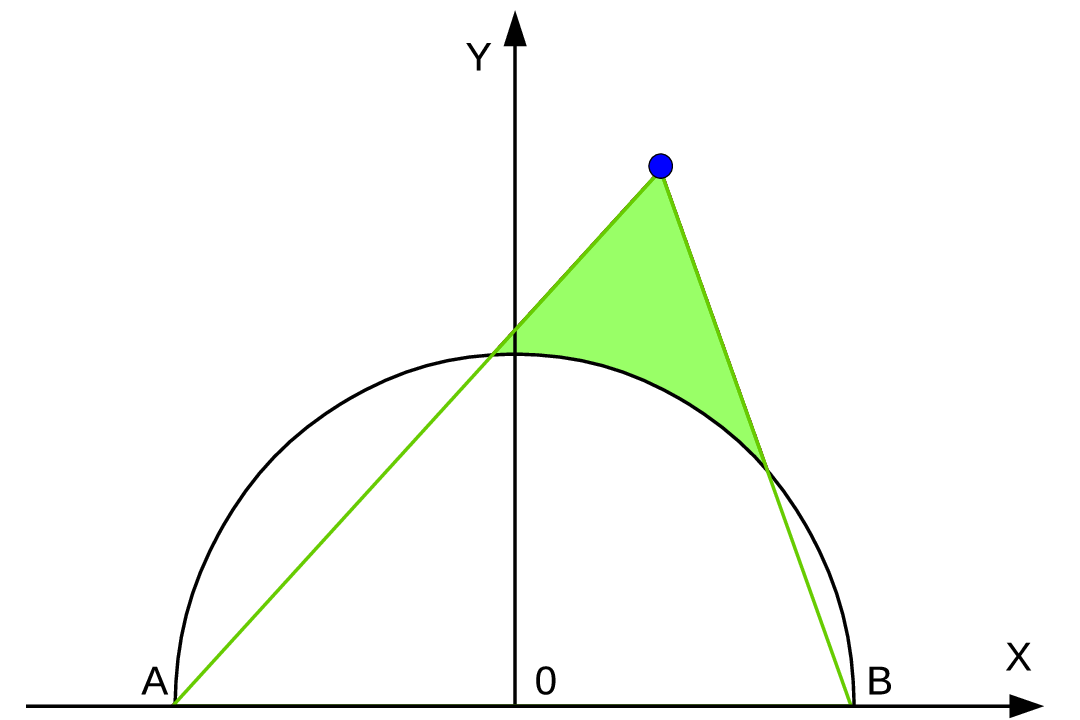 When RCC was founded there were no satellites around the planet. Since then there have been several events of one of the following types:

For each attempt to create a communication channel you must find out whether it is possible. 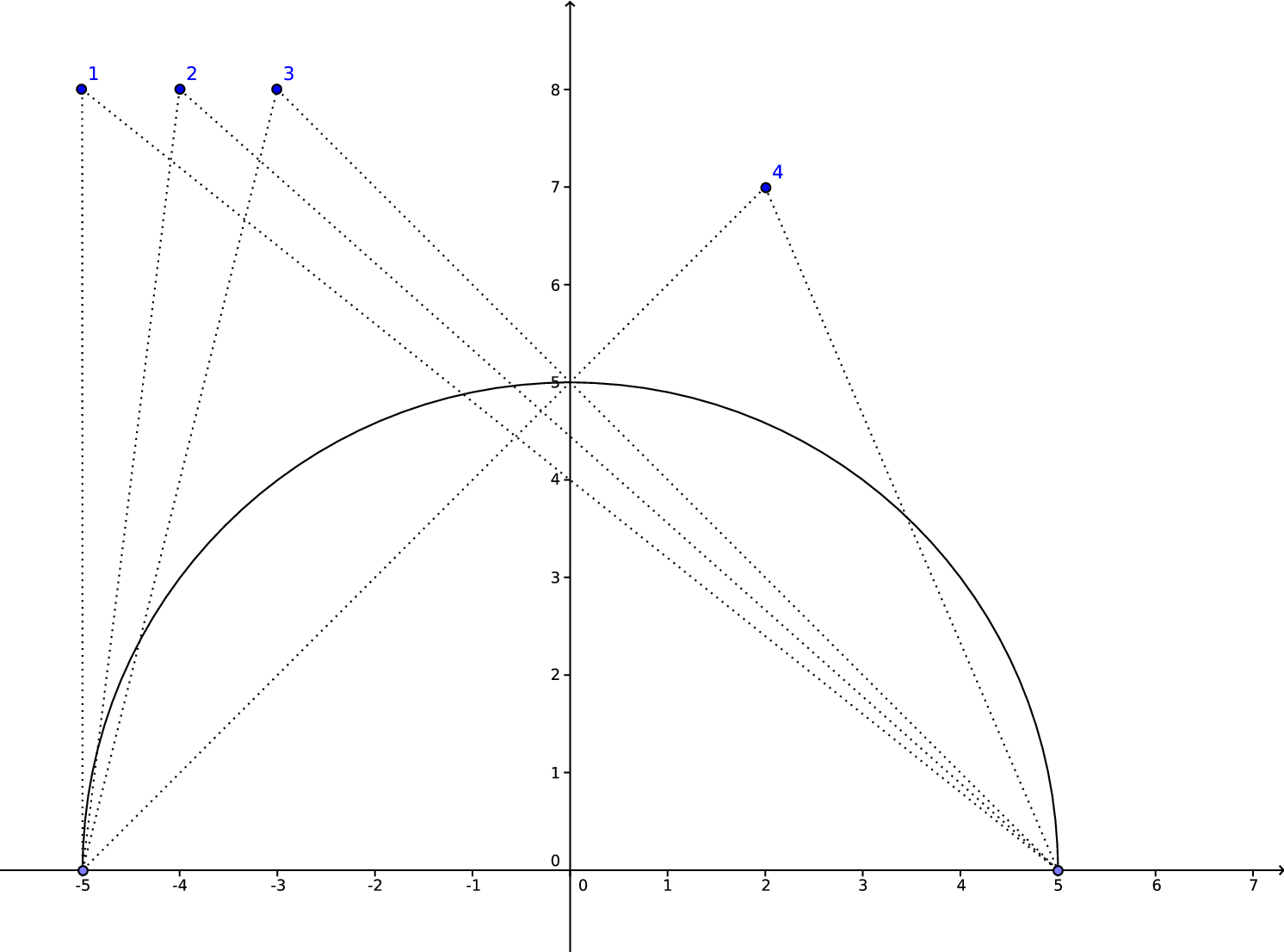 Since Vasya and Petya are middle school students, their parents don't allow them to play all the day around. Each of the friends has his own schedule: Vasya can only play during intervals [a1;b1], [a2;b2], ..., [an;bn], and Petya can only play during intervals [c1;d1], [c2;d2], ..., [cm;dm]. All time periods are given in seconds from the current moment. Vasya is good in math, so he has noticed that sometimes it can be profitable not to play alone, because experience difference could become too big, and progress would not be boosted even when played together.

Now they would like to create such schedule of playing that Vasya's final experience was greatest possible. The current players experience is the same. Petya is not so concerned about his experience, so he is ready to cooperate and play when needed to maximize Vasya's experience.

The instruction for password recovery
has been sent to your email

Your message has been successfully sent